skip to main | skip to sidebar

The History of Eggs Benedict

In 1827, at the beginning of New York City's evolution as the financial center of the world, the genesis of what would become a world renowned culinary institution, Delmonico’s Restaurant, was set. A small shop selling classically prepared pastries, fine coffee and chocolate, bonbons, wines, and liquors as well as Havana cigars was operated by the Delmonico brothers. Its success led them to purchase a triangular plot of land at the intersection of Beaver, William, and South William Streets where, in 1837, they opened the first fine dining restaurant in the country.

Delmonico's offered the unheard of luxury of the availability of private dining rooms (located on the third floor) where discriminate entertaining was the order of the day. The basement held the restaurateur's treasure, the largest private wine cellar in the city, holding an impressive 16,000 bottles of the world's finest wines. It was during these early years that Chef Alessandro Felippini began to develop the restaurant's culinary identity with the house special, Delmonico Steak.

In 1862, Charles Ranhofer was named Chef de Cuisine inventing many original dishes during his time at Delmonico's. He is most noted for his innovative creations, Eggs Benedict, Baked Alaska, and Lobster Newburg. These dishes remain on the Delmonico's menu today. 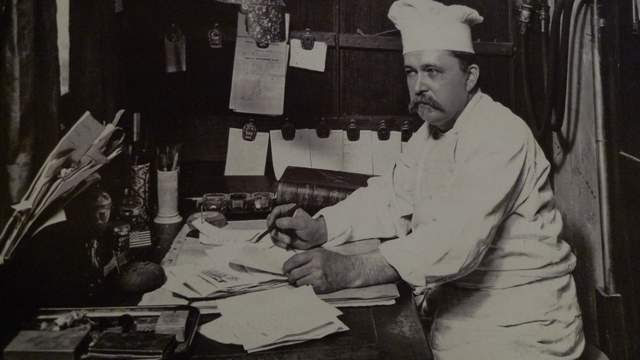 A regular patron of the restaurant, Mrs. LeGrand Benedict, finding nothing to her liking and wanting something new to eat for lunch, discussed this with Delmonico’s Chef Charles Ranhofer (1836-1899), Ranhofer indulged her with Eggs Benedict. He has a recipe called Eggs a' la Benedick (Eufa a' la Benedick) in his cookbook called The Epicurean published in 1894.:

Eggs à la Benedick - Cut some muffins in halves crosswise, toast them without allowing to brown, then place a round of cooked ham an eighth of an inch thick and of the same diameter as the muffins one each half. Heat in a moderate oven and put a poached egg on each toast. Cover the whole with Hollandaise sauce.

Before Delmonico's , diners ate at cafes or boarding houses, where food was offered prix fixe. Diners had no choice of dishes but ate the food that was served. Delmonico's changed all that and claims the following firsts:

* The first dining establishment called by the French name restaurant
* The first restaurant where guests sat at their own tables instead of communal tables
* The first printed menu
* The first tablecloths
* The first debutante ball outside a private home
* The first restaurant to offer a leisurely lunch and dinner
* Oysters Rockefeller
* Lobster Newberg, first called Lobster Wenberg
* Baked Alaska in honor of the acquisition of the Alaskan territories
* Eggs Benedict
* Delmonico potatoes
* Delmonico steak
* Hamburger (known then as the Hamburg Steak)
*First use of the expression that something is "86'd"

A good idea can be had in more than one place and more than one time. The following story appeared in the December 19,1942 issue of the weekly New Yorker Magazine "Talk of the Town" column and is based on an interview with Lemuel Benedict the year before he died:

In 1894, Lemuel Benedict, a Wall Street broker, who was suffering from a hangover, ordered “some buttered toast, crisp bacon, two poached eggs, and a hooker of hollandaise sauce” at the Waldorf Hotel in New York. The Waldorf’s legendary chef, Oscar Tschirky, was so impressed that he put the dish on his breakfast and luncheon menus after substituting Canadian bacon for crisp bacon and a toasted English muffin for toasted bread.

I wondered what, exactly, is a "hooker" of hollandaise? It's not what one might think... it's a boat, a boat of hollandaise. The boats are often noted for their strong sharp bow and sides that curve outward like 'the breast-bone of a water fowl' 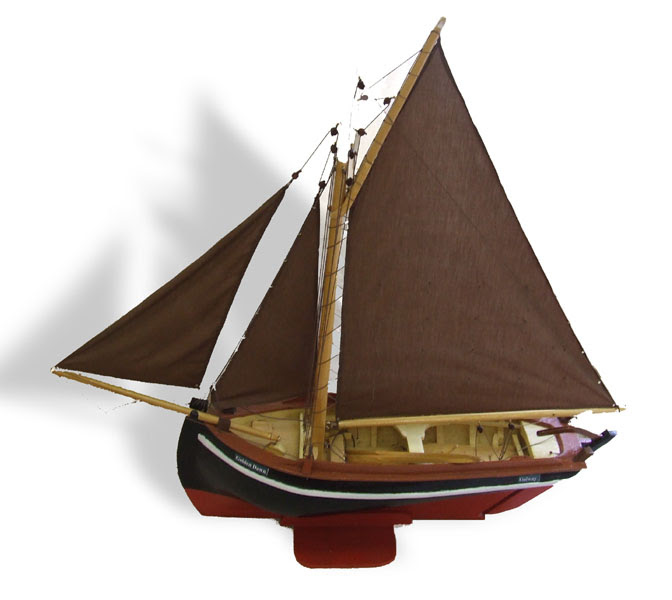 In another account, Craig Claiborne, a writer for The New York Times Magazine and famous cook book author, wrote in a September 1967 column about a letter received from Edward P. Montgomery, an American living in France at the time. In the letter, Montgomery detailed a dish that was created by Commodore E.C. Benedict. Commodore Benedict was a banker and yachtsman who died in 1920 at the age of 86. The dish created by Commodore Benedict was Eggs Benedict. The commodore claims that the recipe had been given to him by his mother who had received it from the commodore’s uncle.

In November of the same year, Mabel C. Butler of Vineyard Haven, Massachusetts responded to Mr. Montgomery’s letter to The Times requesting a correction to the story. Her story was the “true story” of how Eggs Benedict came to be, a retelling of the Delmonico's stpry above. In Ms. Butler’s story, the creation of Eggs Benedict was well known to the relatives of Mrs. Le Grand Benedict, of whom she was one. Her version included a truffle on top.

A fourth origin of the dish is in food historian, Elizabeth David's French Provincial Cooking, where she writes about a traditional French dish named œufs bénédictine, consisting of brandade (a puree of refreshed salt cod and potatoes), spread on triangles of fried bread. A poached egg is then set on top and napped with hollandaise. This story would also explain the continental syntax, where the adjective follows, rather than precedes, the noun.

Mrs. Isabella Beeton's Household Management had recipes in the first edition (1861) for "Dutch sauce, for benedict" and its variant on the following page, "Green sauce, or Hollandaise verte", so Eggs Benedict undoubtedly precedes the New World stories above. In 1859–1861, she wrote a monthly supplement to The Englishwoman's Domestic Magazine In October 1861, the supplements were published as a single volume, The Book of Household Management Comprising information for the Mistress, Housekeeper,Cook, Kitchen-maid, Butler, Footman,Coachman,Valet,Upper and Under House-Maids,Lady's Maid, Maid-of-all-Work,Laundry, Nurse and Nursery maid, Monthly, Wet Nurse, and Sick Nurses, etc. etc.—also Sanitary, Medical,; Legal Memoranda: with a History of the Origin, Properties, and Uses of all Things Connected with Home Life and Comfort.

While all of these stories are entertaining, it is most likely that the dish is a Lenten or meatless dish evolved from Renaissance times.

Friends of The Turtle Restaurant